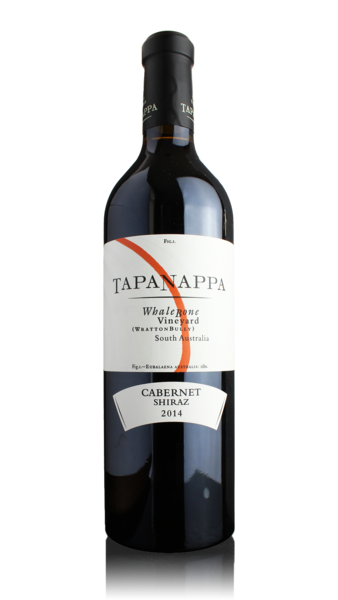 In a nutshell:
A juicy, primary fruit laden South Australian red blend from the Wrattonbully area near Coonawarra.

The lowdown:
From the new premium Australian wine region of Wrattonbully, just north of Coonawarra and with the same distinctive bright red Terra Rossa soil, this full-bodied and textured red is a blend of 85% Cabernet Sauvignon and 15% Shiraz. After fermentation it was aged for 20 months in French oak, 90% of which was new. It has wonderfully powerful dark fruits, and a strong spicy character from the Shiraz. And with some floral notes and eucalyptus coming through as well this is a well made, deep and complex wine with a nicely sweet core and gentle savoury tannins showing at the finish.

When to drink:
A wine with the structure and pedigree to keep well into the 2030s. With food it'll pair well with rich roasted meats like venison or beef. 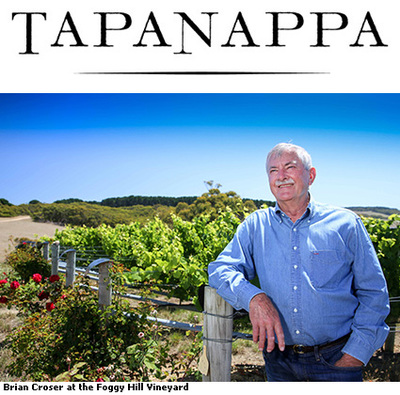 Tapanappa was created in 2002 as a joint venture between the highly regarded Brian Croser, the Champagne house Bollinger and Jean-Michel Cazes of Bordeaux's Château Lynch Bages. Brian had first built his name as the founder of the highly successful Petaluma Winery which he had just sold to the drinks conglomerate Lion Nathan. Brian was very much the driver of the project and whose objective was to show that with the right approach the terroir of South Australia was capable of producing single vineyard wines which were the equal of the best of Europe and the northern hemisphere. In 2014 the Croser family was able to acquire complete ownership of the company from their partners and together with being able to buy back the former Petaluma winery in the Piccadilly Valley just outside Adelaide meant that they were once again able to pursue their mission as they saw fit.

Their range is built around three vineyards in different parts of South Australia. The first of these being the Tiers Vineyard which, in 1979, was the first to be planted in the Adelaide Hills and from where Brian pioneered cool climate viticulture in this part of the state and is where their Chardonnays come from. To the south in Wrattonbully, near Coonawarra, their Whalebone vineyard, which they acquired shortly after establishing Tapanappa, was planted in 1974 and is from where their Cabernet, Merlot and Shiraz wines are grown. And on the Fleurieu Peninsula their Foggy Hill Vineyard is home to their Pinot Noirs.

Today the estate is managed by Brian's daughter Lucy and her husband Xavier Bizot. Their objectives remain very much the same which is to demonstrate that the fine wines of South Australia can rank alongside the best in the world.