This Highland single malt has been matured for 20 years in ex-Islay casks. It's certainly a very intriguing expression starting with earthy, peppery peatiness that mellows into vanilla and citrus finishing with a light honeyed sweetness. Until recent times most of Ardmore's production went to blended whiskies but their own bottlings are now showing true promise. 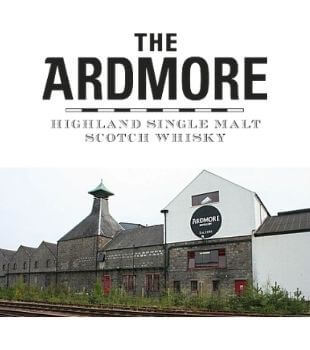 The Ardmore distillery sits at the highest point of the Northern railway line, 600 feet above sea level. Close to the small village of Kennethmont, Aberdeenshire. The proximity to the railway line allowed founder Adam Teacher, son of the more famous Wiiliam, to transport materials from Glasgow to this remote corner of Aberdeenshire, helping the distillery flourish.

Until recent times it has been one of the more traditional distilleries. It has its own maltings until the 1970s and cooperage into the 1980s and until 2001 coal was still used to fire the stills. Nowadays it's part of the Beam Suntory group.