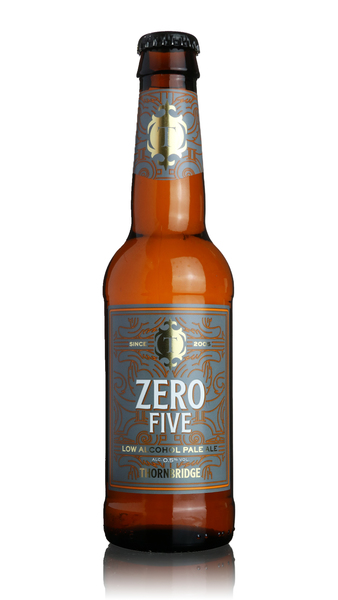 In a nutshell:
A non-alcoholic Pale from Derbyshire's Thornbridge Brewery.

The lowdown:
Full of flavour but low in alcohol, Zero Five is overflowing with sublime American hops which produce a beautiful bouquet of lemon, peach and apricot. 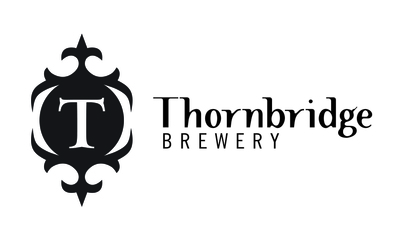 The Thornbridge story began back in 2005 when the founders Jim Harrison and Simon Webster recruited two young brewers to brew on a second hand 10-barrel kit in the grounds of Thornbridge Hall, Bakewell, Derbyshire.

The Hall brewery itself is based in the outbuildings of Thornbridge Hall, surrounded by beautiful gardens within the 100-acre estate. The buildings were renovated in 2004 in preparation for the brewery installation. Jim Harrison and Simon Webster recruited two young brewers, keen to kick-start their brewing career.

In mid-2005 Jaipur was born which is probably their most famous beer. It's a 5.9% IPA packed with American hops and was like nothing else in the beer industry at the time. Following an array of awards and national recognition Jaipur catapulted Thornbridge into the spotlight, demand outstripped supply and the need for investment in a new Brewery became clear.

In 2009 a brand new state of the art brewery was built at Riverside, Bakewell to meet with demand and allow Thornbridge to develop their range of beers. Brewing still takes place today on the original kit at Thornbridge Hall, which allows them to experiment with new brews, create bespoke Hall brews, collaborations and assist the main brewery in Bakewell.