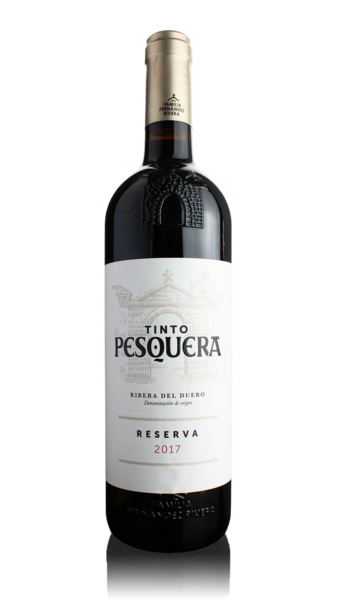 In a nutshell:
A complex, multilayered Ribera del Duero from the famous estate of Alejandro Fernández.

The lowdown:
Recognised as one of the region's foremost estates, Tinto Pesquera wines are pretty sought after. This, their superb Reserva made from 100% tempranillo, is aged for 24 months in oak barrels before bottling. It has a whole array of aromas from black cherry and raspberry to vanilla and sweet oak spice. Rich and smooth on the palate it has abundant silky tannins and plenty of ripe fruit that mingle wonderfully with the sweet spice flavours picked up from the time spent in American oak barrels. While full bodied and well structured it also has a good freshness from the well judged acidity.

When to drink:
Capable of ageing gracefully it's also nicely vivacious. Roast lamb, beef, or venison are the right sort of food pairing here. 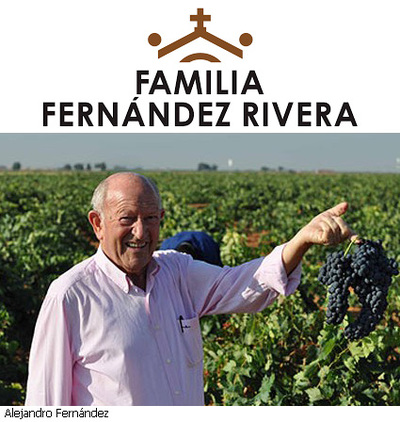 In 1972 Alejandro Fernández started making wine in his home town of Pesquera on the banks of the Duero a few miles east of Valladolid. At that stage he may not have been aware of it, but he was playing a big part in bringing the wines of this region, Ribera del Duero, to the notice of the world. Such was his success that, in 1982, Ribera del Duero was granted official DO (which has since been upgraded to DOCa) status by the Spanish wine authorities and a few years later, after being discovered by Robert Parker, his wines achieved something of a cult status in the USA.

Over intervening years they have continued to cement their reputation as a leading producer in the region and steadily expanded the scale of their operations which now now encompass four wineries, one of which is the well regarded Condado de Haza. While Alejandro is still involved in the business the third generation of the Fernández Rivera family, in the shape of Alejandro and Esperanza's granddaughters, have taken over the reins and oversee all the group's operations which these days include wine tourism alongside their viticultural activities.