In a nutshell:
A brisk, lively and refreshing white from Georgia.

The lowdown:
Some of the world's oldest grape varieties are found in this small Caucasian nation and of which the country's wine producers are fiercely proud. This bright and vivacious white is made from Rkatsiteli (pronounce it 'Ree-katsy-telly'), a grape that's capable of retaining a good crisp acidity despite the hot summer temperatures that can be reached in the eastern region of Kakheti. After a cool, temperature controlled fermentation in stainless steel tanks the wine was made in an unoaked style which best preserves the charactersitics of the Rkatsiteli variety. Pale straw in colour, with lively aromas of yellow and exotic tropical fruits this is a refreshing and easy-drinking wine with a lovely aromatic finish.

When to drink:
Light and fresh this makes a great aperitif and is also a good partner to grilled white fish, seafood, or salads. 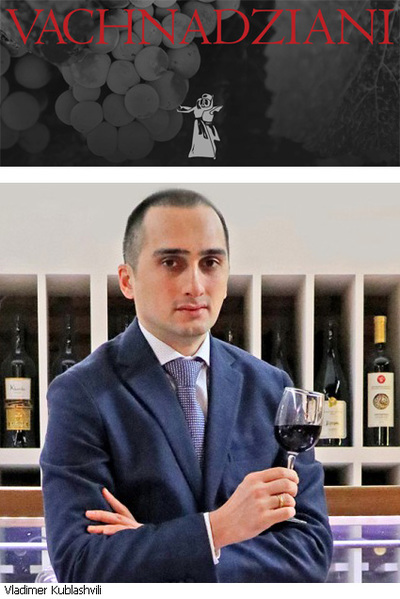 Georgia, situated between the Black Sea and the Caucasus mountains, has, possibly, the longest history of vine cultivation and wine making of any country in the world with Archeological evidence pointing as far back as 6000 BC. The fortunes of its wine industry have fluctuated through time; in particular, in the 20th century the Soviet era posed serious challenges which have been successfully overcome and at present their future looks bright.

Vachnadziani is a village in the eastern region of Kakheti which has always been the country's most important wine producing area and there's been a winery here for a considerable amount of time. However it was after the fall of the Soviet Union in the 1990s that the modern period really began to get established and when the Vachnadziani Winery became a independent company. In 2007 it was acquired by one of the country's larger wineries, Khareba, which saw the start of a considerable amount of investment and updating of their facilities with modern equipment and expertise. The focus of their efforts, under the guidance of Khareba's winemaker, Vladimer Kublashvili, remains in making wines from their abundance of indigenous varieties and to combine their ancient wine culture with the benefits of modern technology. Their wines provide a real point of difference and interest to the proliferation of international varieties. And, being part of a larger group, they're able to provide good quality wines at quite modest prices making them excellent value for money.