A vibrant, biodynamic and slightly cloudy light red from the slopes of Mount Etna in Sicily.

This is the sixth vintage of this wine made in their 250 year old Palmento which is a traditional Etnean wine cellar. The wine is made mostly from Nerello Mascalese, a native Sicilian grape which makes firm and quite pale coloured wines. With attractive cherry, wild strawberry aromas and fresh red fruits there's hint of sourness, earthy, mild tannins, and a great minerality making this a really invigorating wine.

With its zippy acidity and fresh flavours this is a perfect red to drink slightly chilled. 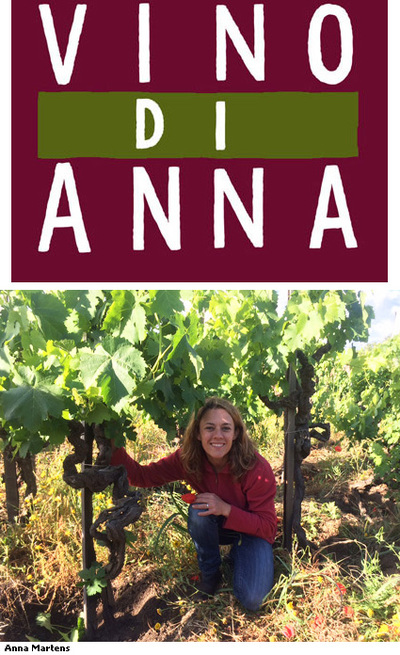 Vino di Anna is a small domain owned and run by Anna Martens and Eric Narioo, high on the north face of Mt Etna, Sicily. Mount Etna is an incredible place to grow vines. The soils are black, fertile and rich in minerals. Mount Etna is in constant eruption, often sprinkling the vineyards with fresh cinders. The vineyards themselves are located along terraces at high altitudes between 600 and 1200 metres above sea level. Thes factors coupled with an extreme climate makes it both an exciting and challenging place for viticulture especially as they are committed to the production of natural wines. The vineyards are farmed organically and tended by hand and the grapes are all hand harvested. The vines are alberello (bush vines) and range in age from 60 to over 100 years old. Nerello Mascalese is the principal red grape while the whites are a field blend of local grapes, mainly Grecanico and Carricante. The wines are made with minimal intervention, natural yeasts, no additives, no fining or filtering with little or no SO2 being used.

Anna. who grew up in South Australia, studied oenology at Adelaide University before travelling the world working in the wine industry. In 2001 she joined the winemaking team at Tenuta dell'Ornellaia in Tuscany and first visited Sicily in 2005. In 2010 in partnership with her husband Eric Narioo they established Vino di Anna from where they've since produced their eclectic range of wines all of which are full of their personality and their location on the slopes of Etna.