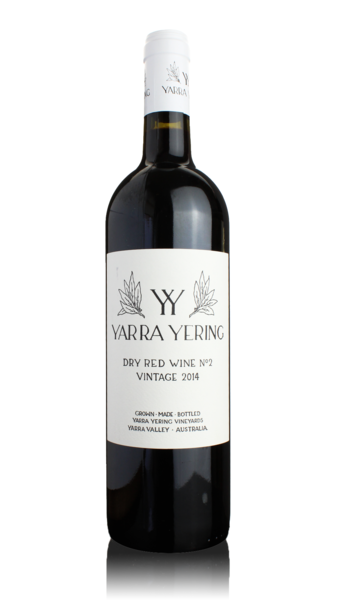 In a nutshell:
A northern Rhône inspired Shiraz blend from Australia's Yarra Valley.

The lowdown:
One of the wines that built Yarra Yerring's reputation in the 1970s, this medium bodied, yet concentrated red is 96% Shiraz with minor contributions from Mataro, Viognier and Marsanne. It's quite up front with a generous, plump fruit character, bold tannins and a crisp acidity. And while full of ripe flavours it has a subtlety and restraint that marks it out from many of its compatriot wines.

When to drink:
Drinking excellently now, this juicy and rewarding red will stay that way well into the 2020s.

In 1969 Dr Bailey Carrodus began what was to become Yarra Yering with his first plantings at a site he considered ideal for viticulture at the foot of the Warramate Hills in the Yarra Valley east of Melbourne.

Dr Carrodus was a highly respected plant physiologist at Queens College Oxford, before returing to Australia and, among other things, looking for a suitable vineyard site to cultivate as a retirement occupation. However, his wines, led by the Dry Red No.1 and Dry Red No.2 rapidly gained an international reputation. After the death of Bailey Carrodus in 2008 the vineyard was acquired by two businessmen, both Yarra Yering fans, with the objective to continue operating the vineyard in the same manner. Still often cited among the best Yarra Valley vineyards Dr Carrodus' tradition is being continued by current winemaker Sarah Crowe whose focus on delivering high quality wines remains undimmed.