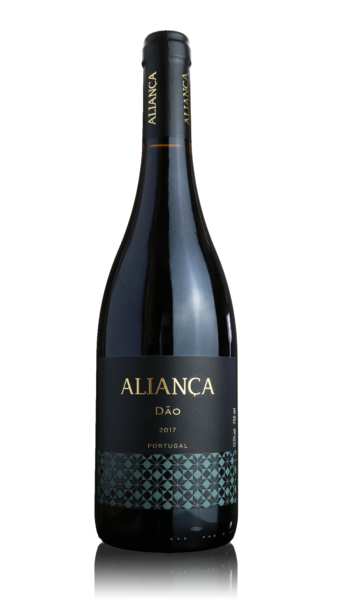 In a nutshell:
A solid, dark and fruity Portuguese red from the Dão region in the north of the country,

The lowdown:
Dão, which sits just to the south of the Douro is known as the area for some of Portugal's elegant and minerally reds. This wonderfully good value example from Aliança is a blend of three of the region's most popular grape varieties, Touriga Nacional, Tinta Roriz and Jaen. After fermentation the wine is matured for a year in 2nd use French and Russian oak which gives it a good intensity and concentration, but with a nice lightness of touch and fresh acidity. Quite elegant, the ripe and youthful fruit has touches of raisin, prunes and Mediterranean herbs giving a very interesting range of flavours which persist right through to the long and juicy finish.

When to drink:
Ripe, juicy and full of flavour this is great with thing like grilled beef, or lamb or with a hearty stew. 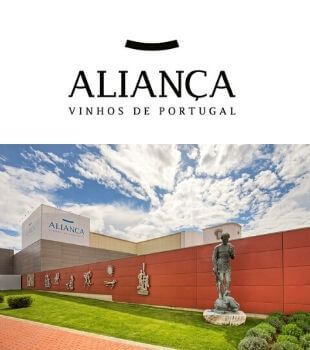 It was in 1927 that 11 associates led by Domingos Silva and Ângelo Neves decided to found, in Sangalhos (Anadia), the Alliance, which already has more than 90 years of life. It started its activity immediately exporting to Brazil, Africa and Europe and today, more than 50% of its production is destined for export, mainly of wines, sparkling wines and spirits, brand image of Aliança in Portugal and around 60 countries to which it exports.

Aliança wines, such as Quinta dos Quatro Ventos, Quinta da Garrida, Quinta da Terrugem and Quinta das Baceladas, have already received several national and international awards, having been considered in 2005 by the prestigious North American magazine, Wine Spectator, one of the 20 best companies in the sector worldwide. The only one in the Iberian Peninsula included in this classification.

Strong investments have recently been made and the facilities in Sangalhos were restored and the Aliança Underground Museum was opened. An exhibition space, developed along the traditional cellars of Aliança Vinhos de Portugal and covering areas such as archeology, ethnography, mineralogy, paleontology, tiles and ceramics, covering an impressive time span over millions of years. These collections result from the constant care of the collector José Berardo, in immunizing pieces and works of art, from multiple origins and species, with sometimes historical, sometimes sentimental meaning.