The lowdown:
This premium fruit beer is made by adding Morello cherries to their Flemish Red, Bacchus Oudbruin base. Very light and refreshing with a spritzy tartness, and lots of fruit flavour. A great thirst quencher. 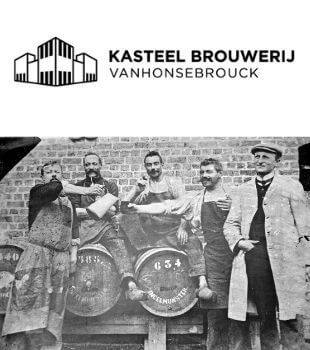 1865 is where the story of this brewery starts with Amandus Vanhonsebrouck. In addition to being mayor, he also has his own dairy farm, a brewery and a distillery. After his sudden death in 1865, Emile - one of his ten children - took over these duties.

2016 was an essential year for Kasteel Brouwerij Vanhonsebrouck has arrived. The doors of the old brewery in Ingelmunster are closed for good, and the new brewery in Emelgem is put into use. The construction of the new site took two years and cost 40 million euros. The result is the most modern brewery in Europe.

The production process is expanded from 100,000 to 200,000 hectoliters. The brewery not only focuses on more efficient production but also on the experience for visitors. There is a restaurant where you can eat beer-based dishes and Michelle's pub where you can taste all the beers in combination with a small snack. In the beer boutique, visitors can purchase all beers, as well as gadgets and beer chocolates. Those who want to organize a company event or a wedding can now also visit the site in Izegem.