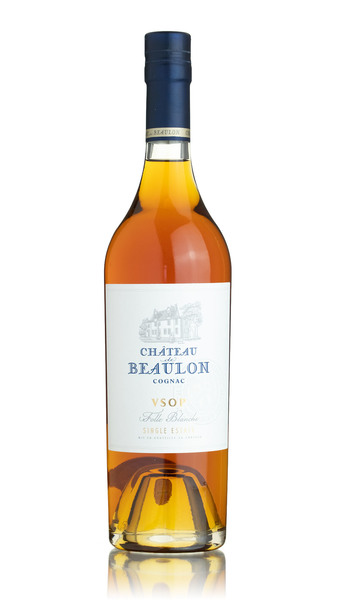 In a nutshell:
A deliciously floral and fruity single estate VSOP Cognac from a quality artisan producer.

The lowdown:
The small house of Château de Beaulon only use grapes from their own vineyards in the making of their cognacs. This, their VSOP is made using only Folle Blanche grapes since they consider that this adds to the floral and fruity character. It's aged for 7 years in Limousin and Tronçais oak barrels before bottling. On the nose there's a touch of geranium florality together with rich candied peel while on the palate there's a rich, enveloping fruitiness well balance by a pleasing lightness and delicay. Excellent value for a cognac of this age and development. 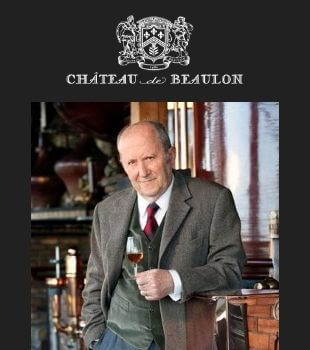 Château de Beaulon itself is a quite historic building being built by the de Vinsons family around 1480, before, in 1510, passing to the Beaulon family, whose name it has retained. Fast forward to more recent times and in 1965 Christian Thomas acquired the Château and it's from here that the family business still continues. During that time Christian has also overseen extensive renovations resulting in the Château being listed as a historical monument in 1987. Their cognacs are distilled from the traditional grape varieties in four small copper pot stills, which generate a wealth of fruity aroma compounds compared to larger stills and at Beaulon they pride themselves on ageing their cognac well beyond the legal minimum for each level, resulting in a wonderful blend of aromatic spirit and smooth wood. They also produce excellent examples of the local speciality Pineau des Charentes in which year-old cognac is blended with freshly pressed grape juice before being matured for several years to make a mellow, fruity aperitif.