In a nutshell:
Spicy, copper coloured Belgian beer from Chimay one of the country's well known Trappist breweries.

The lowdown:
This is Chimay's original beer first brewed in 1862 when their operations began. This full-bodied, soft and spicy, copper coloured Trappist Beer weighs in at a full bodied 7% ABV it's nevertheless the easiest going of the range. 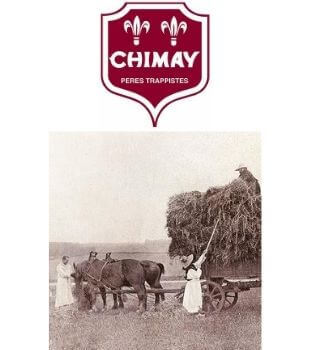 Chimay is one of the six authentic Belgian Trappist breweries and one of only fourteen across the world. This exclusive Trappist title can only be given to breweries that are within the walls of a Trappist monastery where the beers are brewed under the control and responsibility of the community of monks and most of the income derived is devoted to social works and the needs of the community.

The brewery in the Abbaye de Scourmont in the municipality of Chimay in the south of Belgium has been producing beer since 1862. They have three widely distributed beers for which they've made their name and like many strong Belgian beers, these can age well and can be cellared for at least five years, maturing all the time. The Chimay Bleue in particular can be aged for upwards of fifteen years.

In addition to beer, since 1876, they've also produced a range of cheeses which are quite natural bedfellows and go well when consumed together.