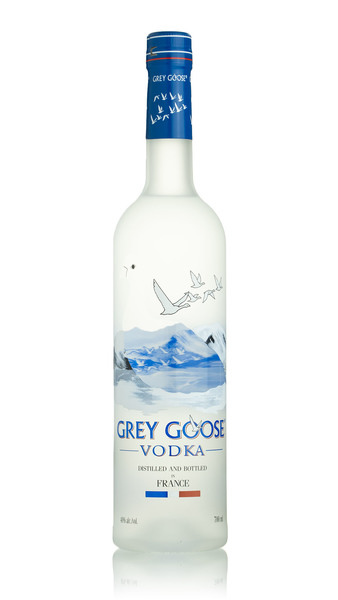 In a nutshell:
Premium French vodka

The lowdown:
An iconic premium vodka made with winter wheat grown in Picardy, Northern France. The result is an undoubtedly silky vodka, perfect straight from the freezer. You might notice just a hint of sweetness and a slight touch of almonds.

The Grey Goose brand was created by successful American businessman Sidney Frank in the late 1990's. Earlier in his career he had, among other things, obtained the rights for importing Jägermeister into the USA and, in the process, elevated it from a relatively obscure liqueur into a worldwide phenomen among young drinkers. He spotted a gap in the market for a premium vodka and headed to France to develop a recipe with some of the best spirits makes in the world. His success was such that in 2004 he sold the brand to Bacardi, the current owners for $2 billion.