In a nutshell:
Dark and warming spiced Belgian Amber Beer from Brouwerij Bosteels, between Brussels and Antwerp.

The lowdown:
A dark and warming beer with liquorice and coriander flavours and subtle aromas of banana, pineapple and mango. Kwak is traditionally served in a glass stirrup cup - a sort of mini yard of ale - with a rounded bottom. Apparently it was used by 19th century coachmen who wanted a drink but couldn't leave their coach. 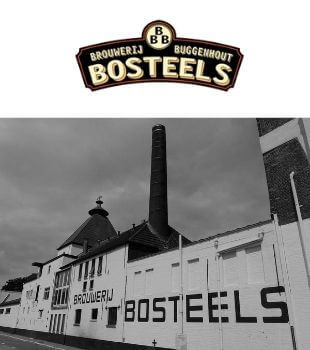 Based in Buggenhout, Belgium, the Bosteels brewery has been in family hands for seven generations our about 200 years. As far as awards go for the grandest brewery, we think Bosteels ‘brewers house’ is amongst the top. Think opulent Bordeaux Chateau and you’re there! Despite the long family heritage the brewery was sold in 2016. Bosteels brew just three ales: Tripel Karmeliet, Deus and their most famous ale - Pauwel Kwak. Famously, this ale takes its name from a former innkeeper who served his ale to 19th century coachmen in a round bottom glass that was impossible to put down so as to move the patrons along as soon as possible.