An impressive and vibrant Muscadet made without added sulphur.

Chéreau-Carré are among the most go-ahead Muscadet producers as this excellent low sulphur wine amply demonstrates. Its name 'Katharos' means 'purity' in ancient Greek and the aim here is to allow the bright aromas of the Melon de Bourgogne grape to shine through without the addition of sulphur during vinification. The grapes for this come from their Château de Chasseloir vineyards which, due to their south facing aspect, achieve good levels of maturity. It certainly shows a real aromatic purity and has a good richness and length on the palate. Following the exotic fruit aromas are notes of ripe, juicy pear and crisp green apples on the palate. It's beautifully balanced right through to the deliciously persistent finish that has a characteristic hint of salinity.

Well made and well structured this is a great match for charcuterie or, quite simply, the British classic of fish and chips. 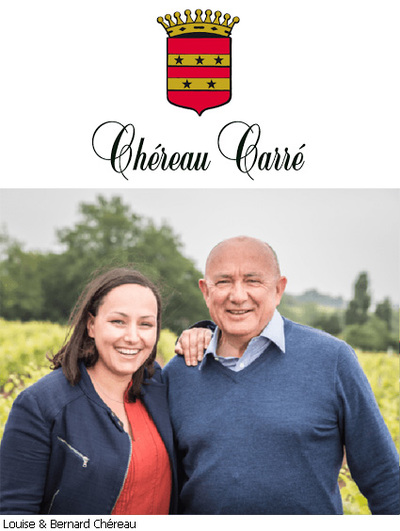 Chéreau-Carré is today among the leading estates of that Nantais area of the Loire and their range of Muscadets produced from near the Atlantic coast are rightly seen as some of the best wines from here. They have four different estates under their banner, Châteaux de Chasseloir, de l'Oiselinière and de la Chesnaie and Domaine du Bois Bruley. As well as classic examples of Muscadet made for youthful drinking they're no strangers to different styles and happily embrace oak aged cuvées and wines intended to mature.

Based in Saint-Fiacre-sur-Maine, a few miles south east of Nantes, the estate is run by Bernard Chéreau, son of the founder, together with his daughter Louise. Their vineyard area totals around 135 hectares which makes them one of the largest producer's of Muscadet, but, probably more importantly, the variety of terroirs they have enable them to make wines in a wide variety of styles to suit the characteristics of the differing vineyard sites.