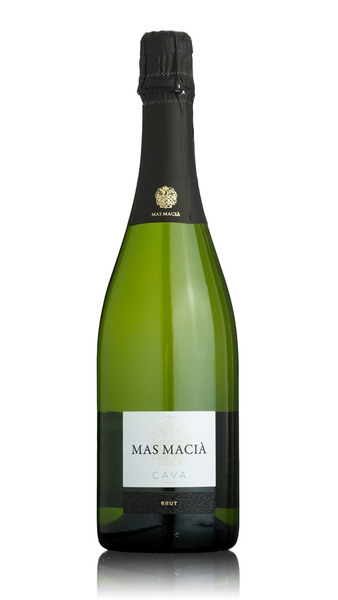 In a nutshell:
A fresh and creamy Cava from a well regarded producer in the heartlands of Catalonia

The lowdown:
Made from a blend of the classic Cava grapes, Macabeo, Xarel-Lo and Parellada on the Can Macià estate near the small town of Odena which is a little further inland than the main Cava town of Sant Sadurni d'Anoia. This means the grapes have a but longer to ripen and gain complexity. The wine itself is traditionally made and matured for an extended period of 24 months before disgorgement which enchances the range of flavours and aromas. It's full of white fruit and citrus aromas which lead onto a complex palate containing green apple and stone fruit flvours with a touch of white spice. The bubbles are fine and persistent right through to the long finish which has a gentle savoury twist.

When to drink:
Delicious as an aperitif, great with tapas, but it also has bags of enough concentration and complexity which allows you to drink it throughout a meal. 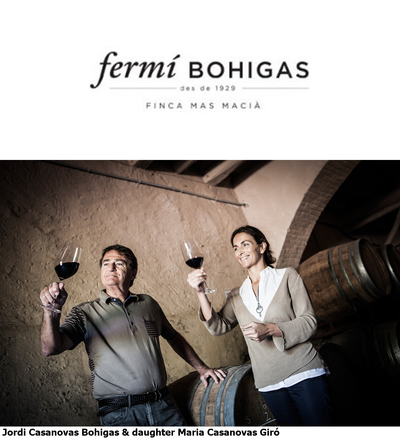 The Can Macià estate in Òdena - around 50km north west of Barcelona and just 10km from the foothills of Montserrat - dates back 800 years and still belongs to the same family, of which Jordi Casanovas Bohigas is a direct descendant. He, together with his daughter Maria Casanovas Giró, run the winery and estate.

Cava is king here. Mas Macià's first Cava was released in 1936, but much of their production was still sold to other Catalan producers. However, investment in the cellars in 2000 led to renewed emphasis on high quality estate-bottled wines - both sparkling and still. The Can Macià estate has over 35 hectares of vineyard together with forest and wheat fields. The family also have the Can Batllevell estate of 54 hectares in Gelida (half-way between Odena and Barcelona) - where limestone soils and Mediterranean climate lead to early maturing grapes. These estates combined mean that the family have access to Macabeo, Xarel-lo, Parellada, Garnatxa Blanca, Chardonnay, Pinot Noir and Cabernet Sauvignon - with some vines over 50 years old. At 450m altitude the estate is the second highest winery in the region, and at the very limit of Cava production.