Our Wine of the Month for March is an elegant, intense and fruit-driven Rioja, that matches well with roast beef or spicy Indian dishes.

This Rioja is made up of 95% Tempranillo, 2% Graciano and 3% Garnacha. The grapes for this wine are harvested from Goblet Vineyards from 15 to 30 years old. They then go through spontaneous alcoholic and malolactic fermentation in French oak vats. This vintage in particular has been aged for 12 months in 100% semi-new French oak barrels and was stabilized by completely natural methods.

Throughout March, 'Sela' will be available at the lowered standard price of £19.50 and you will receive 100 bonus loyalty points when you purchase a bottle.

The 2018 vintage had a very dry beginning, the swamps were practically empty in the autumn. With December, came rain and snow; the swamps were now overflowing and snow caused chaos for the roads. It was a very cold end to the winter.

With more than 280mm of rainfall since January, sprouting arrives somewhat delayed. Spring did not bring the required dry weather and was still very cold and rainy. These conditions resulted in flowering being the most delayed it had been for years.

Finally August brought the dry weather with some hot spots and cool nights. Mildew started to appear on the hail-affected faces and the floors were very wet, making it difficult to do the treatments. Wood diseases appeared more harmful than usual.

Whilst 2018 was a rich harvest for the DO, this was unfortunately not the case for the RODA vineyards. They lost part of their production to the July hail and September storms brought with it botrytis. 2018 was also the second rainiest vintage in Roda history, after 1992, with 668mm collected.

Thankfully, by the end of September the temperatures finally rose and all of this resulted in a late harvest, beginning in the final days of September and ending on October 23rd. 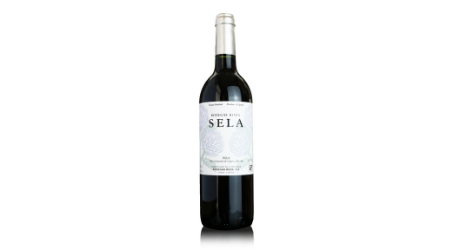 In a nutshell:
An elegant, intense and fruit-driven Rioja.

The lowdown: Sela, is their younger, entry-level, Rioja and is Tempranillo dominated and completed with a little Graciano and Garnacha. It's carefully aged for 12 months in French oak barrels and is an elegant, medium-bodied wine with fresh and flavourful red fruits, hints of sweet spice with polished and silky tannins. Everything is very well integrated and the finish is satisfyingly persistent.

When to drink:
A wine that combines freshness and maturity it's versatile enough to match with roast beef, or spicy Indian dishes. 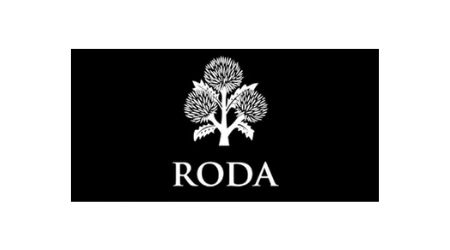 Bodegas Roda founded in the late 1980s and based in the heart of the Rioja region at Haro has rapidly gained renown for its meticulous and exacting research into Tempranillo, one of Spain's oldest indigenous grape varieties. Using the most modern of technology, Roda have perfected the art of Tempranillo, identifying 552 individual clones, from which only 20 have been selected for propagation, chosen for the quality they deliver in specific vineyard plots.

Tended by renowned Rioja expert Agustín Santolaya, President and Supervising Winemaker, the Roda vineyards consist of 28 immaculate blocks of old Tempranillo, Garnacha and Graciano vines, located in the best ecosystems of La Rioja Alta. Here, the Atlantic, the Continental and the Mediterranean climates play off each other unpredictably, causing a given vineyard to respond differently from one year to the next. This variation forms the heart of the Roda philosophy to express not just a sense of place, but also the climatic year of each vintage.