In a nutshell:
A superlative Piemontese example of aged Nebbiolo.

The lowdown:
Gattinara is a small DOCG in northern Piedmont at the foot of the alps where Nebbiolo reigns supreme and wines that can rival top Barolo are made by the best producers. This, Travaglini's Riserva is only made in selected years and is aged for 3 years in oak casks before bottling for a further 8 months prior to release. It's a wine that has a delicate red berry fruit aroma with hints of cherries and a rose petal fragrance. There's a taut minerality, more than that found in Barolo, which gives it a real freshness and sits well with the silky tannins that give the right level of balance and power. It all leads up to a long lingering and velvety smooth finish.

When to drink:
Drinking well now, it'll remain on top form into the mid/late 2020s. A good partner to red meat, poultry and game. 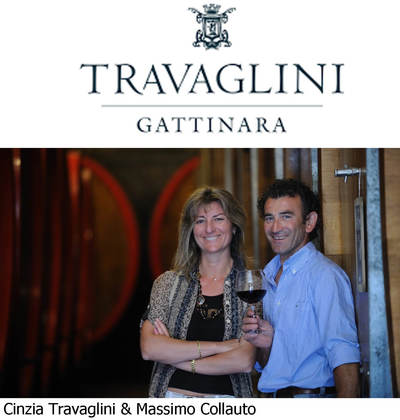 During the last 40 years and in the absence of any other significant producers Giancarlo Travaglini has successfully managed put Gattinara, the historically important wine of his part of Piedmont, firmly on the map. Northern Piedmont has a long tradition in the production of outstanding red wines based mainly on the Nebbiolo grape, from which the best Gattinara wines are made. Since the estate passed to his daughter Cinzia and her husband Massimo Collauto, the chief winemaker, they've continued to put these superlative wines at centre stage.

Unlike the wines of Barolo and Barbaresco, the cooler mountainous vineyards of Gattinara and the hills around Novara and Vercelli in the north-east section of Piedmont produce some of the most lithe, refined and perfumed Nebbiolo wines of all. And ones that also age remarkably well.

Travaglini cultivates roughly 48 hectares out of a total of only 100 hectares for the whole Gattinara DOCG and has always made richer wines than most in the area; indeed, his wines often had an uncanny resemblance to those of Barbaresco in decades past. The wines are traditionally crafted with medium to long maceration times and are aged in large Slavonian oak casks. The Nebbiolo is complex and refined with classic full body and palate. The three Gattinara versions made at Travaglini are simply outstanding examples of Old World, traditionally crafted, red wines that age gracefully while gaining complexity with the passage of time.